Last week’s economic reports were limited due to closures connected with coronavirus regulations. The Federal Reserve did not issue minutes for the most recent Federal Open Market Committee meeting as the meeting was canceled.

Inflation readings were released; weekly readings on mortgage rates and new jobless claims were released along with the University of Michigan’s Consumer Sentiment Index.

The Consumer Price Index dropped by -0.40 percent in March; this was its biggest decline in five years. Lower inflation was largely due to falling fuel prices.

The Core Consumer Price Index, which excludes volatile food and energy sectors, fell by  -0.10 percent in March as compared to 0.10 percent growth in February.

Products including toilet tissue and disinfectant supplies have disappeared from many store shelves; analysts said that manufacturers of household staples use a steady approach to production and were not prepared or able to meet skyrocketing demand caused by  COVID-19.

The University of Michigan Consumer Sentiment Index reflected consumer concerns about the impacts of the COVID-19 outbreak. April’s index reading was 71.0 as compared to the March reading of 89.1. 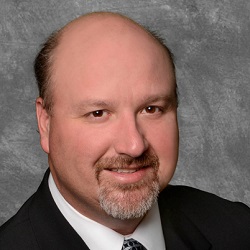